Howdunit: A Masterclass in Crime Writing by Members of the Detection Club (Paperback) 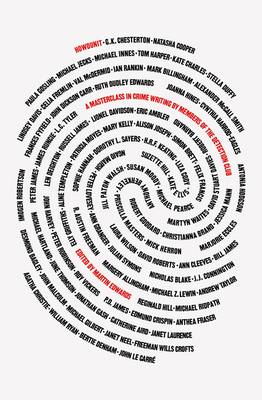 Howdunit: A Masterclass in Crime Writing by Members of the Detection Club (Paperback)


Ships to Our Store in 1-5 Days
Winner of the H.R.F. Keating Award for best biographical/critical book related to crime fiction, and nominated for the Edgar Allen Poe and Macavity Awards for Best Critical/Biographical book.

Ninety crime writers from the world's oldest and most famous crime writing network give tips and insights into successful crime and thriller fiction.

Howdunit offers a fresh perspective on the craft of crime writing from leading exponents of the genre, past and present. The book offers invaluable advice to people interested in writing crime fiction, but it also provides a fascinating picture of the way that the best crime writers have honed their skills over the years. Its unique construction and content mean that it will appeal not only to would-be writers but also to a very wide readership of crime fans.

The book is dedicated to Len Deighton, who is celebrating 50 years as a Detection Club member and has also penned an essay for the book.

The contributions are linked by short sections written by Martin Edwards, the current President of the Club and author of the award-winning The Golden Age of Murder.

Martin Edwards has published eighteen crime novels, including series set in Liverpool and the Lake District. He has won the CWA Short Story Dagger and CWA Margery Allingham Prize, and his book The Golden Age of Murder won the Edgar, Agatha, Macavity and H.R.F.Keating awards. Martin is consultant for the British Library's Classic Crime series, archivist of the CWA and President of the Detection Club. He has edited 30 anthologies, published about 60 short stories, and written seven other non-fiction books.