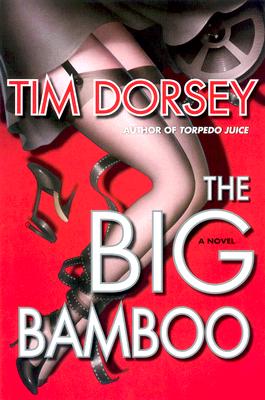 The world's most lovable serial killer is back, bringing together an Oscar-worthy cast of Sunshine State nut jobs with his insatiable passion for All Things Florida.

During this latest cavalcade of nonstop felonies—from Tampa to Fort Lauderdale to Orlando—Serge finds time to resurrect his obsession with movies, particularly those showcasing his beloved home state. And he wants answers! Why aren't more films shot here? How come the ones that are stink so bad? And what's up with filming "Florida" scenes in California? Then there's the cryptic message from his grandfather, Sergio, telling him to go to Los Angeles to uncover a mysterious secret from the distant past.

It's too much of a coincidence. It's fate.

Naturally, Serge, accompanied by his substance-sustained sidekick, Coleman, must immediately hop a transcontinental flight to straighten out Hollywood once and for all. But, of course, being Serge, his mission is sidetracked by perpetual detours to irresistible celluloid landmarks . . . and intrigue.

Meanwhile, in Burbank, production of what may become the most expensive flop in Tinseltown history is interrupted by the brazen abduction of the female lead.

Meanwhile, a couple of midwestern dreamers head west for their shot at fame—and find it at the center of a celebrity murder investigation.

But there's more. Much more.

How is the Japanese mafia involved? The Alabama mafia? Is the castrating cult throwing a membership party? Will Coleman survive his binge at the Belushi hotel? Who can defuse the nuclear bomb? It all comes crashing together in a breathtaking climactic sequence that prompts an enthusiastic Serge to proclaim: "Two thumbs way, way up!"

“If you thought Tim Dorsey couldn’t get any wilder, think again...The Big Bamboo is the Armageddon of wackiness.”
— Cox News Service