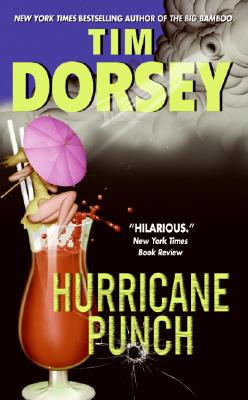 By Tim Dorsey
Email or call for price.
Special Order

This is book number 9 in the Serge Storms series.

That lovable, under-undermedicated dispenser of truth, justice, and trivia is back with a vengeance—just as his cherished home state is about to take a beating from a conga line of hurricanes bearing down on the peninsula. But as Serge and his burnout buddy Coleman go storm-chasing, bodies begin turning up at a disturbing rate, even by Florida standards. It looks like a serial killer is on the loose—another serial killer—which highly offends Serge's moral sensibilities. And he vows he'll stop at nothing to unmask his thrill-killing rival and make All Things Right—though Coleman's triathlete approach to the sport of polyabuse binging threatens to derail the mission more completely than the entire combined Sunshine State police community could ever hope to.