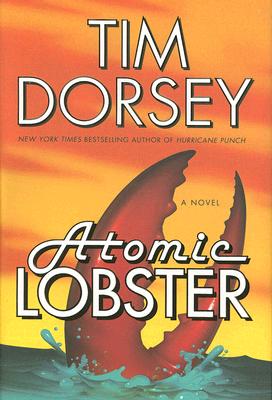 Why is everyone rushing to flee Tampa on a cruise ship to hell?

Serge is back with a bullet, torn between homicide and souvenirs. So is Coleman, torn between getting hammered and getting more hammered. Then there's good ol' Jim Davenport, the E-Team, the Diaz Brothers, and Johnny Vegas, the Accidental Virgin, cranking up the fevered action as the pot boils over on a street called Lobster Lane.

It's reunion time in the Sunshine State, and we're not just talking the family jamboree of that blood-soaked criminal clan, the McGraws, whose nastiest, meanest member is finally released from prison and heads south bent on revenge. On top of it all, the government is covering up a growing list of mysterious victims across Florida who may or may not be connected to a nefarious plot being hatched against national security.

But wait! There's more on the horizon! Who is the oddly familiar femme fatale named Rachael? Is Serge wrong that guns, drugs, and strippers don't mix? What sets the Non-Confrontationalists off on a rampage? What finally brings Coleman and Lenny together? Will they succeed in building the biggest bong ever? And can Serge surf a rogue wave to victory?

So batten the hatches, don the life jackets, and take cover as all these questions and more are answered in the latest adventure from the acclaimed author of Hurricane Punch.