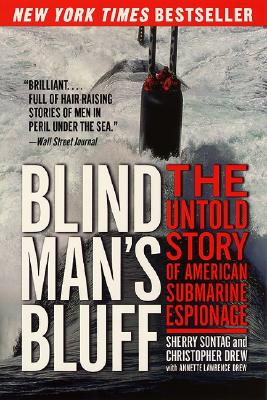 For decades American submarines have roamed the depths in a dangerous battle for information and advantage in missions known only to a select few. Now, after six years of research, those missions are told in Blind Man's Bluff, a magnificent achievement in investigative reporting. It reads like a spy thriller -- except everything in it is true. This is an epic of adventure, ingenuity, courage, and disaster beneath the sea, a story filled with unforgettable characters who engineered daring missions to tap the enemy's underwater communications cables and to shadow Soviet submarines. It is a story of heroes and spies, of bravery and tragedy.