My Heart and Other Black Holes (Hardcover) 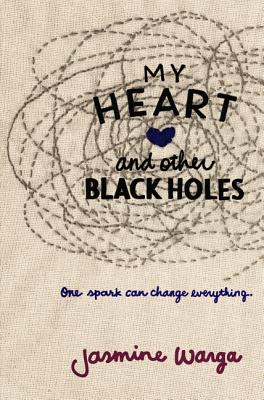 My Heart and Other Black Holes (Hardcover)

A stunning novel about the transformative power of love, perfect for fans of 13 Reasons Why by Jay Asher.

Sixteen-year-old physics nerd Aysel is obsessed with plotting her own death. With a mother who can barely look at her without wincing, classmates who whisper behind her back, and a father whose violent crime rocked her small town, Aysel is ready to turn her potential energy into nothingness.

There’s only one problem: she’s not sure she has the courage to do it alone. But once she discovers a website with a section called Suicide Partners, Aysel’s convinced she’s found her solution—Roman, a teenage boy who’s haunted by a family tragedy, is looking for a partner.

Even though Aysel and Roman have nothing in common, they slowly start to fill in each other’s broken lives. But as their suicide pact becomes more concrete, Aysel begins to question whether she really wants to go through with it. Ultimately, she must choose between wanting to die or trying to convince Roman to live so they can discover the potential of their energy together.

Jasmine Warga's debut middle grade book, Other Words for Home, is a Newbery Honor Book. She is the author of the novels for teens My Heart and Other Black Holes, which has been translated into over twenty languages, and Here We Are Now. She lives and writes in Cincinnati, Ohio. You can visit Jasmine online at www.jasminewarga.com.

“At times poignant, bitter, and funny, this narrative captures [a] unique voice that questions what it means to die-and to live.” — Booklist (starred review)

“My Heart and Other Black Holes is alive with intensity, gut-wrenching honesty, moments of humor, and-of course-heart. This is an extraordinary debut by a striking new voice in YA fiction that left me in awe and moved beyond measure. Not to be missed.” — Nova Ren Suma, author of IMAGINARY GIRLS and 17 & GONE

“With high intelligence and a massiveness of heart, Warga gifts us with a novel that has the music of Mozart, the logic of advanced physics, and the vision to see the link between them. This is something utterly new, a book that is kinetic and beautiful and unexpectedly life-affirming.” — Chris Lynch, National Book Award Finalist for Inexcusable and Michael L. Printz Honor-winner for Freewill

“Earnest and heartfelt . . . any teen who’s ever felt like an outsider will be able to relate to Aysel’s and Roman’s fully realized characters.” — Kirkus Reviews

“Debut author Warga unflinchingly tackles the grim subject matter with empathy, sensitivity, and honesty, without trivializing her protagonists’ disturbing thoughts or emotions . . . [with an] utterly endearing romance.” — The Horn Book