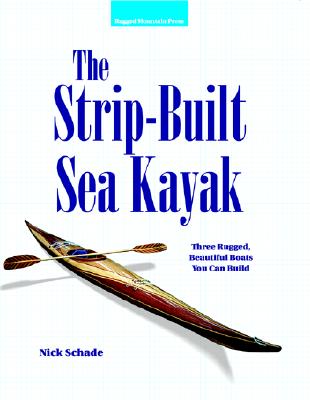 
Ships to Our Store in 1-5 Days
(This book cannot be returned)
Although books on strip building canoes abound, this is among the first to adapt the technique to crafting attractive, functional kayaks. Using high-quality, computer-generated illustrations and photographs to explain key techniques, the book provides complete plans and measurements for three different kayaks: 1) A simple solo craft for beginners, 2) A high-performance solo kayak for intermediate paddlers, and 3) A tandem design for two paddlers. With its easy-to-follow guidance and instructions, The Strip-Built Sea Kayak makes top-notch kayaks accessible to budget-minded paddlers.
Nick Schade, an engineer by training, is a boatbuilder and writer whose articles have appeared in Sea Kayaker and Atlantic Coast Kayaker. As an impoverished college student, he designed and built his first kayak when he realized that the price of a factory model was beyond his reach. And he's been at it ever since: More than 300 of his sea kayaks are being paddled and built worldwide. Nick divides his time between shops in Connecticut and New Hampshire and paddling the shores of New England.