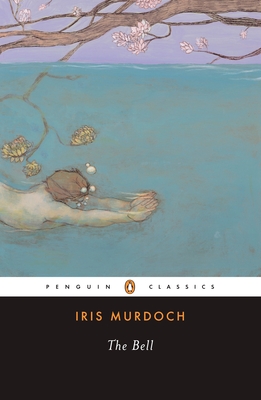 A motley assortment of characters seek peace and salvation in this early masterpiece by the Booker Prize-winning author of The Sea, The Sea

A lay community of thoroughly mixed-up people is encamped outside Imber Abbey, home of an order of sequestered nuns. A new bell is being installed when suddenly the old bell, a legendary symbol of religion and magic, is rediscovered. And then things begin to change. Meanwhile the wise old Abbess watches and prays and exercises discreet authority. And everyone, or almost everyone, hopes to be saved, whatever that may mean. Originally published in 1958, this funny, sad, and moving novel is about religion, sex, and the fight between good and evil.

Dame Iris Murdoch (1919-1999) was one of the most acclaimed British writers of the twentieth century. Very prolific, she wrote twenty-six novels, four books of philosophy, five plays, a volume of poetry, a libretto, and numerous essays before developing Alzheimer's disease in the mid-1990s. Her novels have won many prizes: the James Tait Black Memorial Prize for The Black Prince, the Whitbread Literary Award for Fiction for The Sacred and Profane Love Machine, and the Booker Prize for The Sea, The Sea. She herself was also the recipient of many esteemed awards: Dame of the Order of the British Empire, the Royal Society of Literature's Companion of Literature award, and the National Arts Club's (New York) Medal of Honor for Literature. In 2008, she was named one of the Times' (London) 50 greatest British writers since 1945.

A. S. Byatt, novelist, short-story writer, and critic, is the author of many books, including Possession, winner of the Man Booker Prize.

Priase for Iris Murdoch and The Bell:

"Murdoch was the rare kind of great, buoyant, confident writer who could drive the whole machine. She was as in touch with animal instincts as intellectual ones. The scope of her vision makes you feel, when you are close to her fiction, that you have glimpsed the sublime." —Dwight Garner, The New York Times

"Funny, sad, and moving . . . The Bell is a novel about people who have ideas, people who think, people whose thoughts change their lives just as much as their impulses or their feelings do." —A. S. Byatt

"Like the best of Murdoch's novels, The Bell is about love and freedom, the interplay between the two and the destructive force of love-gone-wrong . . . her dialogues exist on a bright, self-aware plane . . . she's writing about the only things that matter—love, goodness, and how to be happy without hurting others." —The Independent

"In my late teens, A Severed Head and The Bell opened my eyes to another world.  I took them as a rather elegant form of social realism, and I loved the new world they opened up to me." —Mary Beard, Times Literary Supplement

"Wonderfully lively and poignant at the same time, tender with a sprightly social commentary." —The Guardian

"A new level of sophistication for Murdoch . . . effortless shifting between the grim and the humorous." —Richard Nicholls, The New York Times