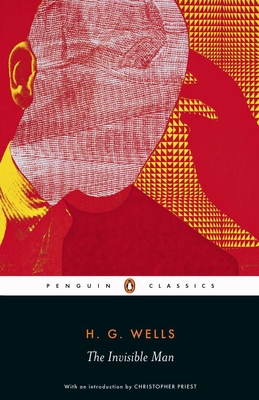 Depicting one man's transformation and descent into brutality, H.G. Wells's The Invisible Man is a riveting exploration of science's power to corrupt

With his face swaddled in bandages, his eyes hidden behind dark glasses and his hands covered even indoors, Griffin - the new guest at The Coach and Horses - Is at first assumed to be a shy accident-victim. But the true reason for his disguise is far more chilling: he has developed a process that has made him invisible, and is locked in a struggle to discover the antidote. Forced from the village and driven to murder, he seeks the aid of his old friend Kemp. The horror of his fate has affected his mind, however - and when Kemp refuses to help, Griffin resolves to wreak his revenge. This edition includes a full biographical essay on Wells, a further reading list and detailed notes on the text. In his introduction, Christopher Priest considers the novel's impact upon modern literature.

H.G. Wells was a professional writer and journalist, who published more than a hundred books, including novels, histories, essays and programmes for world regeneration. Wells's prophetic imagination was first displayed in pioneering works of science fiction, but later he became an apostle of socialism, science and progress. His controversial views on sexual equality and the shape of a truly developed nation remain directly relevant to our world today. He was, in Bertrand Russell's words, 'an important liberator of thought and action'.

Christopher Priest has won many awards for his writing, including the James Tait Black Memorial Prize for Fiction, the World Fantasy Award and the Arthur C. Clarke Award. His works include a hommage to Wells in The Space Machine.

Patrick Parrinder has written on H.G. Wells, science fiction, James Joyce and the history of the English novel. Since 1986 he has been Professor of English at the University of Reading.

“I personally consider the greatest of English living writers [to be] H. G. Wells.” —Upton Sinclair