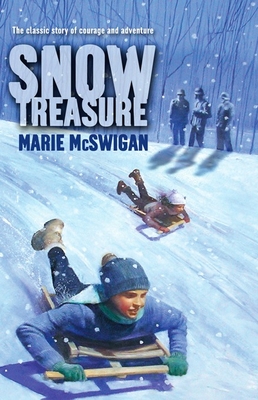 
Ships to Our Store in 1-5 Days
In the bleak winter of 1940, Nazi troops parachuted into Peter Lundstrom's tiny Norwegian village and held it captive. Nobody thought the Nazis could be defeated—until Uncle Victor told Peter how the children could fool the enemy. It was a dangerous plan. They had to slip past Nazi guards with nine million dollars in gold hidden on their sleds. It meant risking their country's treasure—and their lives. This classic story of how a group of children outwitted the Nazis and sent the treasure to America has captivated generations of readers.
Marie McSwigan was an award-winning author of children's books who lived in Pennsylvania.