The Man Who Loved Clowns (Paperback) 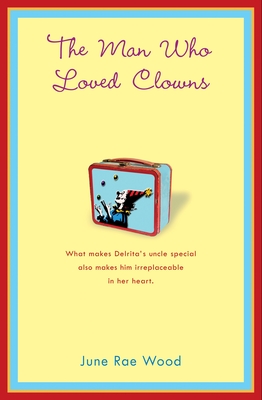 The Man Who Loved Clowns (Paperback)


Ships to Our Store in 1-5 Days
Delrita likes being invisible. If no one notices her, then no one willnotice her uncle Punky either. Punky is a grown man with a child's mind. Delrita loves him dearly and can't stand people making fun of his Down's syndrome. But when tragedy strikes, Delrita's quiet life—and Punky's—are disrupted forever. Can she finally learn to trust others, for her own sake and Punky's? This story captures the joy and sorrow that come when we open our hearts to love.
June Rae Wood is a bestselling author of books for young readers. Her best-known novel, The Man Who Loved Clowns (1992), about a man with Down syndrome, was partly based on her much-loved younger brother, Richard, and has done much to further understanding of people with Down syndrome. The book was awarded the 1995 Mark Twain Award in Missouri and the 1995 William Allen White Award in Kansas. Ms. Wood is the 1999 recipient of the Edgar Wolfe Literary Award presented by the Friends of the Library in Kansas City, Kansas.