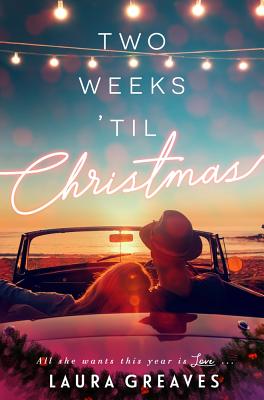 
Currently Unavailable
Claire Thorne never expected to be heading home for Christmas in Bindallarah – the small country town she left behind thirteen years ago and spends every day trying to forget. But then again she never expected fate to bring Scotty, her oldest friend and first love back into her life. Or for Scotty to tell her that he’s about to get married – to a girl he barely knows.

With only two weeks until Scotty’s big day on Christmas Eve, Claire’s determined to make up for lost time and help plan his wedding. And while she’s at it, she can make sure he’s not making a life-changing mistake. After all, it’s what any good friend would do.

But is two weeks enough time for Claire to find the answers she needs? And will she be brave enough to question her own heart and the choices she’s made along the way?
Laura Greaves announced her intention to be a writer at the age of seven, largely because of her dual obsessions with Anne of Green Gables and Murder, She Wrote. She never deviated from her plan except for a brief period in her late teens when she inexplicably considered becoming an occupational therapist. Fortunately, her parents' refrain of 'don't be so silly – you're a writer' quickly put paid to that idea.