Send Me Down a Miracle (Paperback) 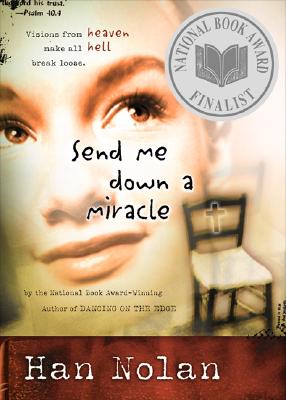 Send Me Down a Miracle (Paperback)


Ships to Our Store in 1-5 Days
Things used to be normal in Casper, Alabama. Charity Pittman was a regular fourteen-year-old, the perfect daughter, following in her preacher father's footsteps. But then Adrienne arrived, with her big-city ways and artsy ideas. Reverend Pittman thinks she's the devil incarnate. Charity thinks she's amazing.
But no one knows what to think of Adrienne when she claims she's seen Jesus.
In the heartening and humorous book that made the National Book Award shortlist, Han Nolan visits a small town that's praying for a miracle but heading for disaster.
Reader's guide and an interview with the author included.

"The plot is intricate, sharp, and invigorating."--Booklist (starred review)
—