Little Pear and His Friends (Paperback) 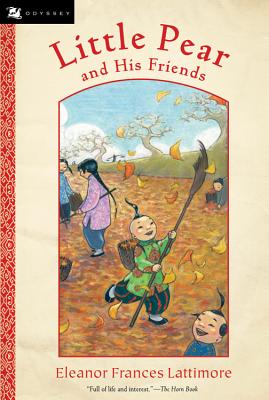 Little Pear and His Friends (Paperback)

Little Pear is a young boy who lives in a small village in China. Although his story takes place long ago, Little Pear is much like any little boy today--always on the lookout for excitement and adventure!

Wherever Little Pear goes, there is fun to be had. His friends love to join his adventures--especially his best friend, Big Head.

Accompany Little Pear as he goes ice fishing, masquerades as a beggar boy, finds a tiger in his house, and--best of all--gets a brand-new little brother!

ELEANOR FRANCES LATTIMORE (1904-1986) was an American citizen born and raised in Shanghai. She began her career as an artist but became known as the author and illustrator of more than fifty popular children's books. A number of her stories are based on her experiences growing up in China.

"Miss Lattimore writes of children with humor and understanding, and the background
against which they move is genuine and convincing."--The New York Times
—