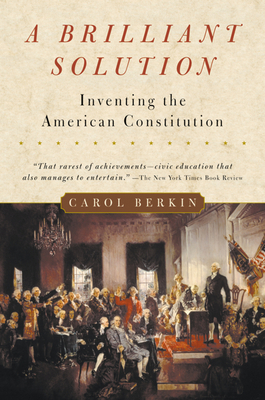 Though the American Revolution is widely recognized as our nation's founding story, the years immediately following the war—when our government was a disaster and the country was in a terrible crisis—were in fact the most crucial in establishing the country's independence. The group of men who traveled to Philadelphia in the summer of 1787 had no idea what kind of history their meeting would make. But all their ideas, arguments, and compromises—from the creation of the Constitution itself, article by article, to the insistence that it remain a living, evolving document—laid the foundation for a government that has surpassed the founders' greatest hopes. Revisiting all the original historical documents of the period and drawing from her deep knowledge of eighteenth-century politics, Carol Berkin opens up the hearts and minds of America's founders, revealing the issues they faced, the times they lived in, and their humble expectations of success.

CAROL BERKIN is Baruch Presidential Professor of History at the City University of New York. Her books include Revolutionary Mothers: Women in the Struggle for America's Independence, The Bill of Rights: The Fight to Secure America's Liberties, and A Brilliant Solution: Inventing the American Constitution, and has also contributed to several collections of articles and textbooks. Berkin was a commentator for the A&E series Founding Fathers and Founding Brothers, as well as a commentator for the PBS documentary, Benjamin Franklin. She lives in New York City.

PRAISE FOR A BRILLIANT SOLUTION
"A Brilliant Solution is that rarest of achievements-civic education that also manages to entertain. . . . A dramatic, well-informed account."-The New York Times Book Review

"Deserves to be read alongside Max Farrand's classic The Framing of the Constitution of the United States." --Columbus Dispatch