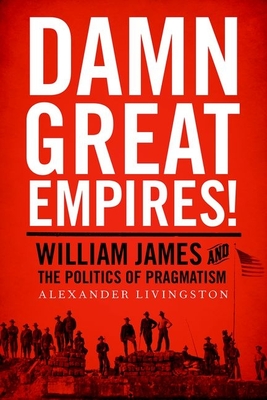 By Alexander Livingston
$135.00
Email or call for price

Damn Great Empires offers a new perspective on the works of William James by placing his encounter with American imperialism at the center of his philosophical vision. This book reconstructs James's overlooked political thought by treating his anti-imperialist Nachlass -- his speeches,
essays, notes, and correspondence on the United States' annexation of the Philippines -- as the key to unlocking the political significance of his celebrated writings on psychology, religion, and philosophy. It shows how James located a craving for authority at the heart of empire as a way of life,
a craving he diagnosed and unsettled through his insistence on a modern world without ultimate foundations. Livingston explores the persistence of political questions in James's major works, from his writings on the self in The Principles of Psychology to the method of Pragmatism, the study of faith
and conversion in The Varieties of Religious Experience, and the metaphysical inquiries in A Pluralistic Universe. Against the conventional view of James as a thinker who remained silent on questions of politics, this book places him in dialogue with a transatlantic critique of modernity, as well as with champions and critics of American imperialism, from Theodore Roosevelt to W. E. B. Du Bois, in order to
excavate James's anarchistic political vision. Bringing the history of political thought into conversation with contemporary debates in political theory, Damn Great Empires offers a fresh and original reexamination of the political consequences of pragmatism as a public philosophy.

Alexander Livingston is Assistant Professor of Government at Cornell University.