The Changing Character of War (Paperback) 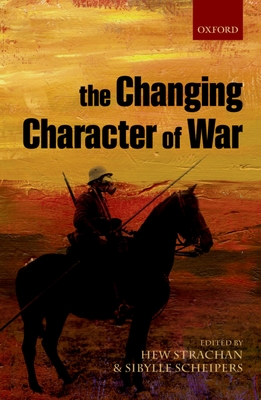 Over the last decade (and indeed ever since the Cold War), the rise of insurgents and non-state actors in war, and their readiness to use terror and other irregular methods of fighting, have led commentators to speak of 'new wars'. They have assumed that the 'old wars' were waged solely
between states, and were accordingly fought between comparable and 'symmetrical' armed forces. Much of this commentary has lacked context or sophistication. It has been bounded by norms and theories more than the messiness of reality. Fed by the impact of the 9/11 attacks, it has privileged some
wars and certain trends over others. Most obviously it has been historically unaware. But it has also failed to consider many of the other dimensions which help us to define what war is - legal, ethical, religious, and social. The Changing Character of War, the fruit of a five-year interdisciplinary
programme at Oxford of the same name, draws together all these themes, in order to distinguish between what is really changing about war and what only seems to be changing. Self-evidently, as the product of its own times, the character of each war is always changing. But if war's character is in
flux, its underlying nature contains its own internal consistency. Each war is an adversarial business, capable of generating its own dynamic, and therefore of spiralling in directions that are never totally predictable. War is both utilitarian, the tool of policy, and dysfunctional. This book
brings together scholars with world-wide reputations, drawn from a clutch of different disciplines, but united by a common intellectual goal: that of understanding a problem of extraordinary importance for our times. This book is a project of the Oxford Leverhulme Programme on the Changing Character of War.