Europeanization and Tolerance in Turkey: The Myth of Toleration (Identities and Modernities in Europe) (Hardcover) 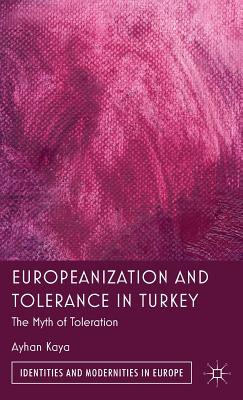 This book discusses the ways in which ethno-cultural and religious diversity has hitherto been handled by the modern Turkish state within the framework of the discourse of tolerance in line with the contemporary Europeanization process. Among many other topics, this book will delineate the construction of the Turkish national identity and the modern Turkish state in a way that underlines the constitutive elements of the state machinery as well as the technologies of citizenship in Turkey since the decay of the Ottoman Empire in the early 19th century. Depicting the major challenges to the traditional Kemalist nation-state project such as the Alevi Question, the Kurdish Question, the Headscarf Question and the processes of Europeanization, the book will also include an historical account of the notion of tolerance in the Turkish context dating back to the heydays of the Ottoman Empire. Based on qualitative survey findings, this work is an attempt to unravel the myth of tolerance in Turkey.

Ayhan Kaya is Professor of Politics and Jean Monnet Chair for European Politics of Interculturalism, Department of International Relations at Istanbul Bilgi University, Turkey. His previous book was Islam, Migration and Integration: The Age of Securitization (Palgrave, 2012).