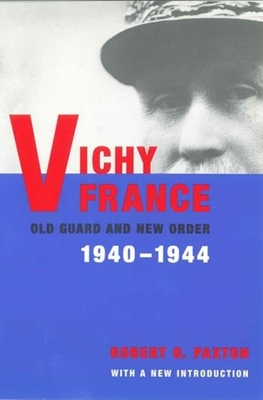 By Robert Paxton
Email or call for price

Robert O. Paxton's classic study of the aftermath of France's sudden collapse under Nazi invasion utilizes captured German archives and other contemporary materials to construct a strong and disturbing account of the Vichy period in France. With a new introduction and updated bibliography, Vichy France demonstrates that the collaborationist government of Marshal P tain did far more than merely react to German pressures. The Vichy leaders actively pursued their own double agenda--internally, the authoritarian and racist "national revolution," and, externally, an attempt to persuade Hitler to accept this new France as a partner in his new Europe.

Robert O. Paxton is Mellon Professor Emeritus of the Social Sciences at Columbia University. His other books include Parades and Politics at Vichy, Europe in the Twentieth Century, and French Peasant Fascism.