Histories of Racial Capitalism (Columbia Studies in the History of U.S. Capitalism) (Hardcover) 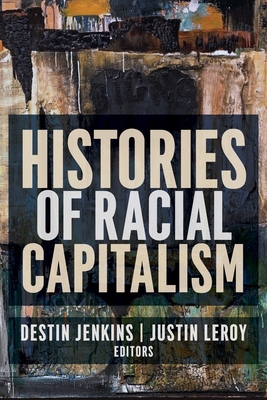 The relationship between race and capitalism is one of the most enduring and controversial historical debates. The concept of racial capitalism offers a way out of this impasse. Racial capitalism is not simply a permutation, phase, or stage in the larger history of capitalism--since the beginning of the Atlantic slave trade and the colonization of the Americas, capitalism, in both material and ideological senses, has been racial, deriving social and economic value from racial classification and stratification. Although Cedric J. Robinson popularized the term, racial capitalism has remained undertheorized for nearly four decades. Histories of Racial Capitalism brings together for the first time distinguished and rising scholars to consider the utility of the concept across historical settings. These scholars offer dynamic accounts of the relationship between social relations of exploitation and the racial terms through which they were organized, justified, and contested. Deploying an eclectic array of methods, their works range from indigenous mortgage foreclosures to the legacies of Atlantic-world maroons, from imperial expansion in the continental United States and beyond to the racial politics of municipal debt in the New South, from the ethical complexities of Latinx banking to the postcolonial dilemmas of extraction in the Caribbean. Throughout, the contributors consider and challenge how some claims about the history and nature of capitalism are universalized while others remain marginalized. By theorizing and testing the concept of racial capitalism in different historical circumstances, this book shows its analytical and political power for today's scholars and activists.

Destin Jenkins is the Neubauer Family Assistant Professor of History at the University of Chicago. He is the author of The Bonds of Inequality: Debt and the Making of the American City (2021). Justin Leroy is assistant professor of history and codirector of the Mellon Research Initiative on Racial Capitalism at the University of California, Davis.