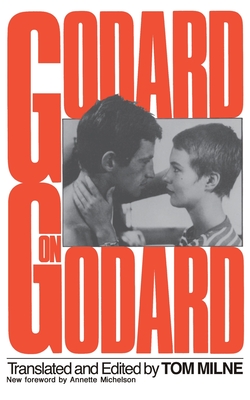 
Ships to Our Store in 1-5 Days
Jean-Luc Godard, like many of his European contemporaries, came to filmmaking through film criticism. This collection of essays and interviews, ranging from his early efforts for La Gazette du Cinéma to his later writings for Cahiers du Cinéma, reflects his dazzling intelligence, biting wit, maddening judgments, and complete unpredictability. In writing about Hitchcock, Welles, Bergman, Truffaut, Bresson, and Renoir, Godard is also writing about himself-his own experiments, obsessions, discoveries. This book offers evidence that he may be even more original as a thinker about film than as a director. Covering the period of 1950-1967, the years of Breathless, A Woman Is a Woman, My Life to Live, Alphaville, La Chinoise, and Weekend, this book of writings is an important document and a fascinating study of a vital stage in Godard's career. With commentary by Tom Milne and Richard Roud, and an extensive new foreword by Annette Michelson that reassesses Godard in light of his later films, here is an outrageous self-portrait by a director who, even now, continues to amaze and bedevil, and to chart new directions for cinema and for critical thought about its history.
Jean-Luc Godard is a French-Swiss film director, screenwriter and film critic. He rose to prominence as a pioneer of the 1960s French New Wave film movement.