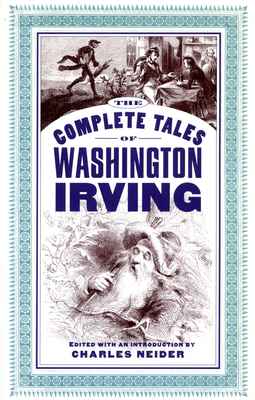 
Ships to Our Store in 1-5 Days
Washington Irving (1783-1859) was the first American literary artist to earn his living solely through his writings and the first to enjoy international acclaim. In addition to his long public service as a diplomat, Irving was amazingly prolific: His collected works fill forty volumes that encompass essays, history, travel writings, and multi-volume biographies of Columbus and Washington. But it is Irving's mastery of suspense, characterization, tempo, and irony that transforms his fiction into virtuoso performances, earning him his reputation as the father of the American short story. Charles Neider has gathered all sixty-one of Irving's tales, originally scattered throughout his many collections of nonfiction essays and sketches, into one magnificent volume. Together, they reveal his wide range: besides the expected classics like "Rip Van Winkle," "The Spectre Bridegroom," "The Legend of Sleepy Hollow," and "The Devil and Tom Walker," his fiction embraces realistic tales, ghost stories, parodies, legends, fables, and satires. For those familiar only with secondhand retellings of Irving's most famous tales, this collection offers the opportunity to step inside Washington Irving's imagination and partake of its innumerable and timeless pleasures.
Charles Neider is a noted literary critic, editor, and novelist. His many books as editor include Washington Irving's George Washington: A Biography, The Complete Humorous Sketches, Tales of Mark Twain, The Great West: A Treasury of Firsthand Accounts, The Complete Short Stories of Robert Louis Stevenson, The Complete Essays of Mark Twain, and The Autobiography of Mark Twain. He lives in Princeton, New Jersey.