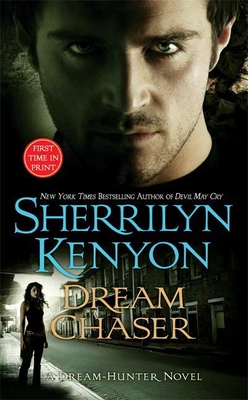 This is book number 2 in the Dream-Hunter Novels series.

Xypher has one month on Earth to redeem himself through one good deed or be condemned to eternal torture in Tarturus. But redemption means little to a demigod who only wants vengeance on the one who caused his downfall.

Until one day in a cemetery...

Simone Dubois is a medical examiner with a real knack for the job. Those who are wrongfully killed appear to her and help her find the evidence the police need to convict their killers. But when a man appears and tells her that she's more than just a psychic, she's convinced he's insane.

Now the fate of the world hangs in her hands...

It was bad enough when just the dead relied on her. Now's there's the seductive Dream-Hunter Xypher who needs Simone's help in opening a portal to the Atlantean hell realm to fight insatiable demons. The future of mankind is at stake—and so is her life. The only question now is: Who is the bigger threat: the demons out to kill her, or the man who has left her forever changed?

New York Times bestselling author Sherrilyn Kenyon is a regular in the #1 spot. This extraordinary bestseller continues to top every genre in which she writes, including manga and graphic novels. More than 70 million copies of her books are in print in more than one hundred countries. Her current series include The Dark Hunters®, The League®, Deadman’s Cross™, Chronicles of Nick®, Hellchasers™, Mikro Chasers™, and The Lords of Avalon®. Her Chronicles of Nick® and Dark-Hunter® series are soon to be major motion pictures.
"Humor, snappy dialogue and general character crankiness make this one of Kenyon's most entertaining. The interplay between characters is lively, and the plot threads twisty--all leading to a most excellent adventure." - RT Book Reviews