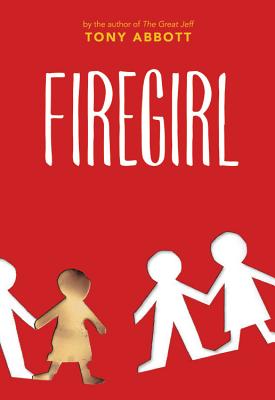 
Ships to Our Store in 1-5 Days
This poignant novel about a boy's friendship with a burn victim is perfect for fans of R. J. Palacio's Wonder

From the moment Jessica arrives, life is never quite the same for Tom and his seventh-grade classmates. They learn that Jessica has been in a fire and was badly burned, and will be attending St. Catherine's will receiving medical treatments. Despite her appearance and the fear she evokes in him and most of the class, Tom slowly develops a tentative friendship with Jessica that changes his life.
Tony Abbott is the author of over 60 books for young readers, including the extremely popular Droon series, which has sold over 4.5 million books to date, and the Golden Kite winner Firegirl. He has worked in a bookstore and a library, and currently lives in Connecticut with his wife and two daughters.
Praise for Firegirl:* "Tom's connection to Jessica changes his perspective on himself, his peers and friendship, and underscores the reward of reaching out to another.... This novel maybe be brief, but it leaves a big impact."—Publishers Weekly, starred review

* "This isn't the usual book about adjustment to differences; instead, Abbot brilliantly explores the kids' struggle to manage this intrusion of abnormality into their lives.... An understanding yet thought-provoking novel."
—The Bulletin of the Center for Children's Books, starred review

"A touching story of friendship that is easy to read yet hard to forget."
—School Library Journal

"In this poignant story, readers will recognize that even by doing small acts of kindness, people stand to gain more than they lose."
—Booklist