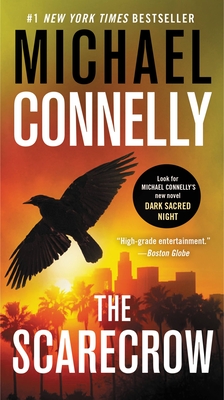 Forced out of the Los Angeles Times amid the latest budget cuts, newspaperman Jack McEvoy decides to go out with a bang, using his final days at the paperto write the definitive murder story of his career.

He focuses on Alonzo Winslow, a 16-year-old drug dealer in jail after confessing to a brutal murder. But as he delves into the story, Jack realizes that Winslow's so-called confession is bogus. The kid might actually be innocent.

Jack is soon running with his biggest story since The Poetmade his career years ago. He is tracking a killer who operates completely below police radar--and with perfect knowledge of any move against him. Including Jack's.
Michael Connelly is the author of thirty-six previous novels, including the New York Times bestsellers The Dark Hours, The Law of Innocence,Fair Warning, and The Night Fire. His books, which include the Harry Bosch series, the Lincoln Lawyer series, and the Renée Ballard series, have sold more than eighty million copies worldwide. Connelly is a former newspaper reporter who has won numerous awards for his journalism and his novels. He is the executive producer of Bosch, starring Titus Welliver, and the creator and host of the podcasts Murder Book and The Wonderland Murders. He spends his time in California and Florida.