I Am J (Paperback) 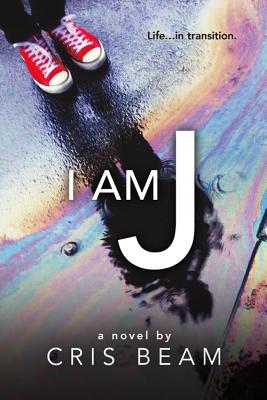 I Am J (Paperback)


Currently Unavailable
A powerful and inspiring story about a transgender teen's struggle to find his own path -- and love his true self.

J had always felt different. He was certain that eventually everyone would understand who he really was: a boy mistakenly born as a girl. Yet as he grew up, his body began to betray him; eventually J stopped praying to wake up a "real boy" and started covering up his body, keeping himself invisible -- from his parents, from his friends, from the world. But after being deserted by the best friend he thought would always be by his side, J decides that he's done hiding. It's time to be who he really is. And this time he is determined not to give up, no matter the cost.
Cris Beam is the author of Transparent, a Stonewall Honor Book and Lambda Literary Award winner.She has an MFA in writing from Columbia University and teaches creative writing at Columbia, New York University, and The New School. I Am J is her debut novel. While living in LA, Cris volunteered at Eagles, a high school for gay and transgender kids. During the 2.5 years Cris taught there, she became deeply involved with a complex but marginalized tribe of transgender teens who had nowhere to go but the streets, one of whom became her foster daughter.
An ALA Best Fiction for Young Adults Title
A California State Recommended Literature List Pick
An Amazon Best Book of the Month Pick
A Kirkus Reviews Best YA Book of the Year

* " Easily the best book to date about the complicated condition of being a [transgender] teen, not only sharing important information that is artfully woven into the plot but also creating, in J, a multilayered, absolutely believable character whose pain readers will share. Perhaps most importantly, the author brings clarity and charity to a state of being that has too long been misunderstood, ignored, and deplored."—Booklist, starred review

* "The novel's greatest strengths are J's voice and his clearly articulated perspective. The tone is believably histrionic, perfectly attuned to adolescence...even readers with little familiarity with transgender issues will find plenty to relate to on an emotional level."—The Bulletin, starred review

* "Finally, a book about a transgender teen that gives its central character a life in which gender and transition matter but do not define his existence!"—Kirkus Reviews, starred review

"A wonderful addition to the few novels that have dared to tackle a subject that has long lived in the cultural margins. . .a tender, surprisingly relatable story."—The Los Angeles Times

"J's personal frustrations and desires are strongly conveyed, pulling readers into the internal narrative...a gift to transgender teens and an affecting story of self-discovery for all readers."—The Horn Book

"It is J's authentic voice that keeps this challenging story from simply being a problem novel...Readers should be absorbed by J's struggle to prove 'My gender's not a lie. I am not a lie.'"—Publishers Weekly

"J is an especially vivid character...the story is believable and effective due to insightful situations, realistic language, and convincing dialogue."—School Library Journal