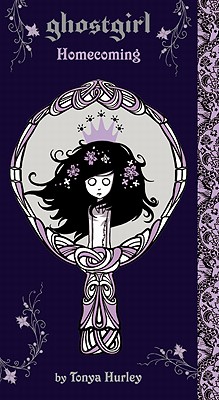 This is book number 2 in the ghostgirl series.

Charlotte Usher, a.k.a. ghostgirl, discovers that the afterlife isn't quite what she expected when she's forced to intern at a hotline for troubled teens. She may be dead, but the phone lines sure aren't. So, when duty calls, Charlotte has to take the risk of a lifetime--or call it quits for good.