A Heart Full of Headstones: An Inspector Rebus Novel (A Rebus Novel) (Hardcover) 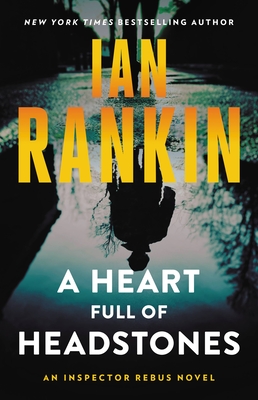 A Heart Full of Headstones: An Inspector Rebus Novel (A Rebus Novel) (Hardcover)

In a brand-new series installment, New York Times bestselling author, Ian Rankin, returns to his legendary detective—it’s not the first time Rebus has taken the law into his own hands, though it may be the last.

John Rebus stands accused: on trial for a crime that could put him behind bars for the rest of his life.

But what drove a good man to cross the line?

Detective Inspector Siobhan Clarke may well find out. Clarke is tasked with the city’s most explosive case in years, an infamous cop, at the center of decades of misconduct, has gone missing. Finding him will expose not only her superiors, but her mentor John Rebus. And Rebus himself may not have her own interests at heart, as the repayment of a past debt places him in the crosshairs of both crime lords and his police brethren.

One way or another, a reckoning is coming – and John Rebus may be hearing the call for last orders…

Ian Rankin is a #1 international bestselling author. Winner of an Edgar Award and the recipient of a Gold Dagger for fiction and the Chandler-Fulbright Award, he lives in Edinburgh, Scotland, with his wife and their two sons.

One of Crimereads most anticipated Fall 2022 titles

"Outstanding. . . the well-constructed plot is matched by brooding, atmospheric prose. This is one of Rankin’s best Rebus novels in years."—Publishers Weekly

“As the pas de deux between now-retired Edinburgh copper John Rebus and his longtime nemesis, gangster Big Ger Cafferty, inches closer to its final act, the stakes continue to grow… The aging of maverick detectives has become a poignant theme in today's crime fiction, with Michael Connelly's Harry Bosch joining Rebus in an effort to keep solving one more case as a way of "stirring dull roots with spring rain," as Eliot puts it in "The Waste Land." Rankin captures both the heroism and the pathos of that ultimately doomed quest in this cleverly constructed and deeply moving novel.”—Booklist

“Two years after his checkered hero’s last outing, Rankin makes you feel the wait was worth every day, whatever comes next.”—Kirkus Reviews

“S**t gets real in Rankin’s latest… Another strong installment of a beloved series.”—Crimereads