Stellaluna Lap Board Book (Board book) 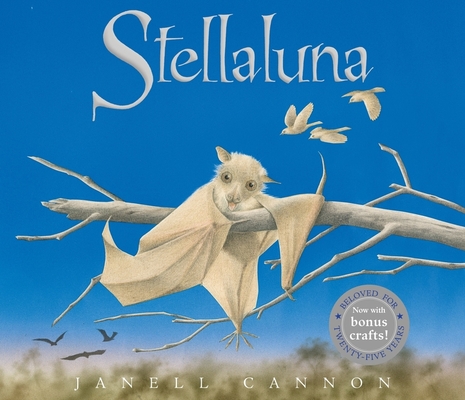 Stellaluna Lap Board Book (Board book)

While out searching for food, fruit bat Stellaluna and her mother are attacked by a vicious owl. Stellaluna is separated from Mother Bat and taken in by a family of birds, where she must put aside her bat habits to fit in with her new family. But one fateful flight when she is separated from her adoptive siblings, Stellaluna is reunited with her bat family and learns that even though we’re different, we’re very much the same.

Janell Cannon's picture books have won many awards and are beloved around the world. She is the author and illustrator of Verdi, Crickwing, Pinduli, and the long-time bestselling classic Stellaluna. Born and raised in Minnesota, Ms. Cannon now lives in Southern California.