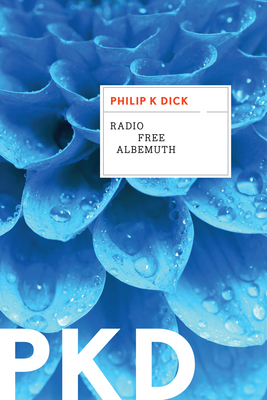 
Ships to Our Store in 1-5 Days
A philosophical science fiction novel from Hugo Award–winning author Philip K. Dick, Radio Free Albemuth is a visionary alternate history of a dystopian United States, full of the conspiracy theories and religious themes that became the foundation for his celebrated VALIS trilogy.

It is the late 1960s, and a paranoid incompetent has schemed his way into the White House and convulsed America into a vicious war against imaginary, internal enemies. Philip K. Dick, a struggling science fiction writer, is trying to keep from becoming one of that war's casualties.

Meanwhile, Dick's best friend, record executive Nicholas Brady, is receiving transmissions from an extraterrestrial entity that may also happen to be God—an entity that apparently wants him to overthrow the president.

Over a writing career that spanned three decades, PHILIP K. DICK (1928–1982) published 36 science fiction novels and 121 short stories in which he explored the essence of what makes man human and the dangers of centralized power. Toward the end of his life, his work turned to deeply personal, metaphysical questions concerning the nature of God. Eleven novels and short stories have been adapted to film, notably Blade Runner (based on Do Androids Dream of Electric Sheep?), Total Recall, Minority Report, and A Scanner Darkly, as well as television's The Man in the High Castle. The recipient of critical acclaim and numerous awards throughout his career, including the Hugo and John W. Campbell awards, Dick was inducted into the Science Fiction Hall of Fame in 2005, and between 2007 and 2009, the Library of America published a selection of his novels in three volumes. His work has been translated into more than twenty-five languages.