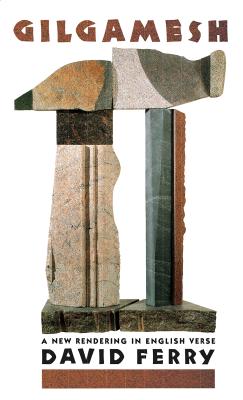 A new verse rendering of the great epic of ancient Mesopotamia, one of the oldest works in Western Literature. Ferry makes Gilgamesh available in the kind of energetic and readable translation that Robert Fitzgerald and Richard Lattimore have provided for.

David Ferry, a finalist for the National Book Critics Circle Award in Poetry for his translation of Gilgamesh, is a poet and translator who has also won the Lenore Marshall Poetry Prize, given by the Academy of American Poets, and the Rebekah Johnson Bobbitt National Prize for Poetry, given by the Library of Congress. In 2001, he received an Award in Literature from the American Academy of Arts and Letters. Ferry is the Sophie Chantal Hart Professor of English Emeritus at Wellesley College.

“There have been other English accounts of this hero with a thousand descendants, but this is the first one that is as much poetry as scholarship.” —Michael Dirda, The Washington Post Book World

“Ferry's Gilgamesh is uniquely his own, self-contained in holding aloof from fads and hype. No display of adjectival fireworks could do justice to his poem's originality or to the integrity of the poet's formal invention. In identifying the poem as Mr. Ferry's, I mean no disrespect to Sin-leqe-unninni, the ancient poet-editor that Babylonian tradition credits as having developed to their highest form the epic adventures of Gilgamesh, King of Uruk, and his companion, Enkidu. But like Edward Fitzgerald's Rubaiyat or Ezra Pound's Cathay, Mr. Ferry's Gilgamesh is a miraculous transformation of his original into his own, utterly distinctive idiom . . . Perhaps the poem's most moving element is how the desire for fame is superseded, after the death of Enkidu, by a quest that touches every reader, ancient or modern. . . the wish for physical immortality . . . [Ferry's] technical genius and literary sophistication evoke not only the hero's anguish, but the rage and despair of the untouchable.” —Tom Sleigh, The New York Times Book Review

“The Gilgamesh epic . . . came to light again in the mid-19th century and, thanks to the labors of an arduous, exacting philology, slowly began to assume its place as one of the great poems of the world. Hitherto, however, it has existed only in posse, waiting for a poet who could actualize it. David Ferry has performed this service, and has given us a noble poem as close to the ancient original as we in our ignorance have any right to. May his achievement quickly win the recognition it deserves.” —D.S. Carne-Ross, The New Criterion