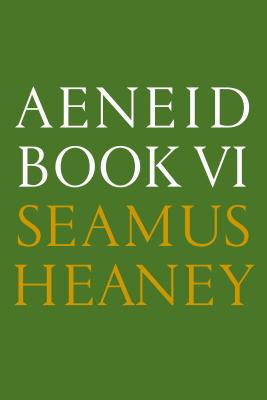 A masterpiece from one of the greatest poets of the century

In a momentous publication, Seamus Heaney’s translation of Book VI of the Aeneid, Virgil’s epic poem composed sometime between 29 and 19 BC, follows the hero, Aeneas, on his descent into the underworld. In Stepping Stones, a book of interviews conducted by Dennis O’Driscoll, Heaney acknowledged the significance of the poem to his writing, noting that “there’s one Virgilian journey that has indeed been a constant presence, and that is Aeneas’s venture into the underworld. The motifs in Book VI have been in my head for years—the golden bough, Charon’s barge, the quest to meet the shade of the father.”

In this new translation, Heaney employs the same deft handling of the original combined with the immediacy of language and the sophisticated poetic voice that were on show in his translation of Beowulf, a reimagining which, in the words of James Wood, “created something imperishable and great that is stainless—stainless, because its force as poetry makes it untouchable by the claw of literalism: it lives singly, as an English-language poem.”

Seamus Heaney (1939-2013) received the Nobel Prize in Literature in 1995. His poems, plays, translations, and essays include Opened Ground, Electric Light, Beowulf, The Spirit Level, District and Circle, and Finders Keepers. Robert Lowell praised Heaney as the "most important Irish poet since Yeats."

[Heaney's] voice carries the authenticity and believability of the plainspoken--even though (herein his magic) his words are anything but plainspoken. His stanzas are dense echo chambers of contending nuances and ricocheting sounds. And his is the gift of saying something extraordinary while, line by line, conveying a sense that this is something an ordinary person might actually say. —Brad Leithauser, The New York Times Book Review

"So fresh and compelling that those who have never enjoyed this classic may want to give it another try . . . Heaney deftly highlights the dramatic tension of the opening passages . . . The language Heaney employs—a skillful mix of poetic phrasing and plainspokenness—gives the narrative a wonderful immediacy . . . The result is an interpretation that shows why the ancient text is both timely and timeless."—Elizabeth Lund, The Washington Post


"The book as a whole is instilled with Heaney's mastery of music—of rhythm, meter, and lineation . . . A remarkable and fitting epilogue to one of the great poetic careers of recent times."—Nick Laird, Harper's

"Seamus Heaney once wrote that Osip Mandelstam’s translation of Dante’s Divine Comedy 'possesses the poem as a musician possesses the score, both as a whole structure and as a sequence of delicious sounds.' The same could be said of Heaney’s own translation of Book VI of the Aeneid . . . A lovely rendition of one of the most stylistically rich books of the Aeneid. Though he hews closer to the original Latin than in his other translations, Heaney’s text is . . . a work of distinctive and poetic English." —Christopher Carroll, The Wall Street Journal