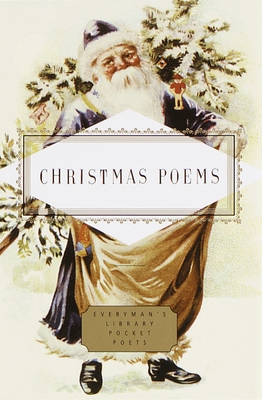 By John Hollander (Editor), J. D. McClatchy (Editor)
List Price: $18.00
Our Price: $14.95
(Save: $3.05 17%)
Available at One of Our Locations
Christmas is both a holiday and a holy day, and from the start it has been associated with poetry, from the song of the seraphim above the manger to the cherished carols around the punch bowl. This garland of Christmas poems contains not only the ones you would insist on finding here ("A Visit from St. Nicholas," "Lo, How a Rose E'er Blooming," and "The Twelve Days of Christmas" among them) but such equally enchanting though lesser-known Yuletide treasures as Emily Dickinson's "The Savior must have been a docile Gentleman," Anthony Hecht's "Christmas Is Coming," Rudyard Kipling's "Christmas in India," Langston Hughes's "Shepherd's Song at Christmas," Robert Graves's "The Christmas Robin," and happy surprises like Phyllis McGinley's "Office Party," Dorothy Parker's "The Maid-Servant at the Inn," and Philip Larkin's "New Year Poem."

John Hollander is the author of more than a dozen books of poetry. His first, A Crackling of Thorns, was chosen by W. H. Auden as the 1958 volume in the Yale Series of Younger Poets. He wrote eight books of criticism, including the award-winning Rhyme’s Reason: A Guide to English Verse and The Work of Poetry, and edited or coedited twenty-two collections, among them The Oxford Anthology of English Literature, American Poetry: The Nineteenth Century, and (with Anthony Hecht, with whom he shared the Bollingen Prize in Poetry in 1983) Jiggery-Pokery: A Compendium of Double Dactyls. In 1990 he received a MacArthur Fellowship. He died in August 2013.

J. D. McClatchy is the author of four earlier books of poems, Scenes from Another Life (1981), Stars Principal (1986), The Rest of the Way (1990), and Ten Commandments (1998). His literary essays are collected in White Paper (1989) and Twenty Questions (1998). He is the editor of The Vintage Book of Contemporary American Poetry (1990) and The Vintage Book of Contemporary World Poetry (1996), as well as a co-editor of James Merrill's Collected Poems (2001) and Collected Novels and Plays (2002). The author of several opera libretti, McClatchy is a chancellor of the Academy of American Poets and a member of the American Academy of Arts and Letters. He teaches at Yale University and is editor of The Yale Review.