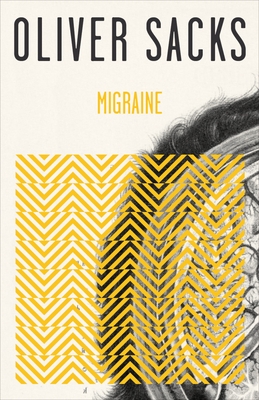 
Currently Unavailable
The many manifestations of migraine can vary dramatically from one patient to another, even within the same patient at different times. Among the most compelling and perplexing of these symptoms are the strange visual hallucinations and distortions of space, time, and body image which migraineurs sometimes experience. Portrayals of these uncanny states have found their way into many works of art, from the heavenly visions of Hildegard von Bingen to Alice in Wonderland. Dr. Oliver Sacks argues that migraine cannot be understood simply as an illness, but must be viewed as a complex condition with a unique role to play in each individual's life.
Oliver Sacks was a neurologist, writer, and professor of medicine. Born in London in 1933, he moved to New York City in 1965, where he launched his medical career and began writing case studies of his patients. Called the “poet laureate of medicine” by The New York Times, Sacks is the author of thirteen books, including The Man Who Mistook His Wife for a Hat, Musicophilia, and Awakenings, which inspired an Oscar-nominated film and a play by Harold Pinter. He was the recipient of many awards and honorary degrees, and was made a Commander of the British Empire in 2008 for services to medicine. He died in 2015.