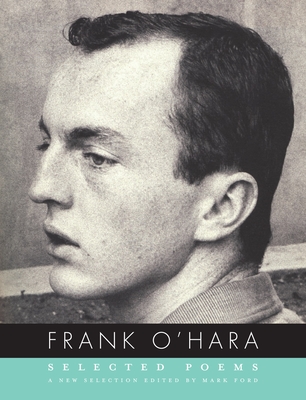 
Currently Unavailable
The first new selection of O’Hara’s work to come along in several decades. In this “marvellous compilation” (The New Yorker), editor Mark Ford reacquaints us with one of the most joyous and innovative poets of the postwar period.
Frank O’Hara was the author of six volumes of poetry, the first of which was published in 1952. He was a curator at the Museum of Modern Art and wrote numerous essays on painting and sculpture. He died in 1966 at the age of forty.

Mark Ford has published several books of poetry and is the author of the critical biography Raymond Roussel and the Republic of Dreams.
“Sensitively chosen and intelligently introduced . . . Ford’s selection makes it possible to see more clearly how inward O’Hara’s poetry was at its best . . . For O’Hara a poem was truthful when it was personal . . . [His] elegies succeed because long after he discarded any religious belief in immortality, he retained the aesthetic sensibility that took it seriously.”
—Edward Mendelson, The New York Review of Books