The Well of Loneliness: The Classic of Lesbian Fiction (Paperback) 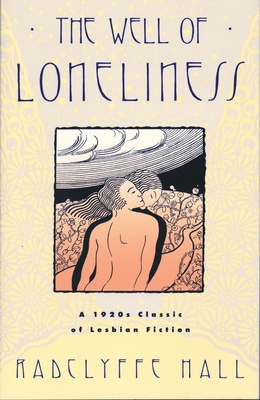 First published in 1928, this timeless portrayal of lesbian love is now a classic. The thinly disguised story of Hall's own life, it was banned outright upon publication and almost ruined her literary career.

Radclyffe Hall, the pen name of Marguerite Radclyffe-Hall, was born in Bournemouth on August 12, 1880. She was educated at King's College, London, and later undertook further studies in Germany. Hall was renowned for her open homosexuality, a subject dealt with in her best-known novel, The Well of Loneliness (1928), a semi-autobiographical work and the only one of her eight novels to deal with overt lesbian themes. Her open treatment of lesbianism in The Well of Loneliness occasioned a trial for obscenity; it was banned and an appeal refused, which resulted in all copies in Britain being destroyed. The United States allowed its publication after a long court battle. She also published several volumes of verse including Twixt Earth and Stars: Poems (1906) and Songs of Three Counties and Other Poems (1913). Adam's Breed (1926), a sensitive novel about the life of a restaurant keeper, won the Prix Femina and the 1927 James Tait Black Memorial Prize for Fiction. Hall died in 1943 at the age of sixty-eight from cancer.