Why the Earth Quakes: The Story of Earthquakes and Volcanoes (Paperback) 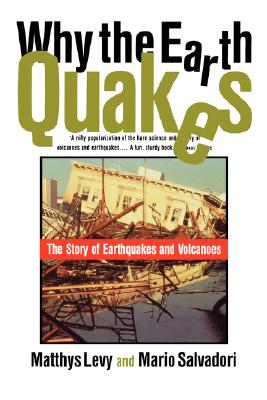 Why the Earth Quakes: The Story of Earthquakes and Volcanoes (Paperback)

“At last an inviting book on earthquakes, written by scientists whose easily understandable prose takes us on a tour not only of seismology but also of modern building technologies, volcanoes, and that California constant, the magnificent rubbing and pushing of tectonic plates beneath us.” —San Francisco Chronicle Book Review

In this "excellent survey of earthquakes and their effects—their mystery, terror, and science" (Christopher Arnold, president, Building Systems Development), two of the world's premier structural engineers take readers on a fascinating trip from the Earth's beginnings to recent developments in seismic technology. 100+ illustrations.