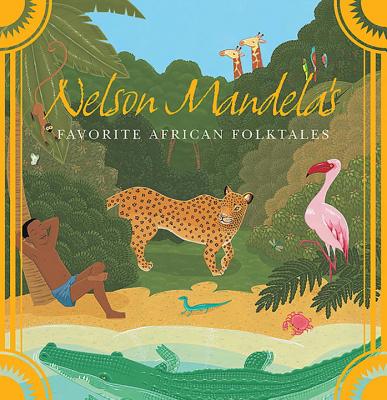 A cause for celebration, and a landmark work that gathers in one volume many of Africa's most cherished folktales.

In these beloved stories we meet a Kenyan lion named Simba, a snake with seven heads, and tricksters from Zulu folklore; we hear the voices of the scheming hyena, and we learn from a Khoi fable how animals acquired their tails and horns. Creation myths tell us how the land, its animals, and its people all came into existence under a punishing sun or against the backdrop of a spectacularly beautiful mountain landscape. Whether warning children about the dangers of disobedience or demonstrating that the underdog can, and often does, win, these stories, through their depiction of wise animals as well as evil monsters, are universal in their portrayal of humanity, beasts, and the mystical. Translated from their original languages—Karanga, Nguni, Xhosa, and many others—these folktales are a testament to the craft of storytelling and the power of myth.

Nelson Mandela (1918—2013) was a South African anti-apartheid revolutionary, politician, and philanthropist, who served as the first democratically-elected President of South Africa from 1994 to 1999. Mandela established the Nelson Mandela Foundation as his post-presidential office in 1999. It is a not-for-profit organization which has, since 2004, been transformed into an archive and trusted voice on his life and times. It carries out its mandate to promote Mandela’s vision and work by convening dialogues and creating platforms for engagement around critical issues to promote social justice.
It is my wish that the voice of the storyteller will never die in Africa, that all the children in the world may experience the wonder of books.
— Nelson Mandela