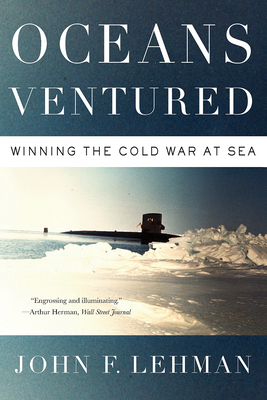 When Ronald Reagan took office in January 1981, the United States and NATO were losing the Cold War. The USSR had superiority in conventional weapons and manpower in Europe, and it had embarked on a massive program to gain naval preeminence. But Reagan already had a plan to end the Cold War without armed conflict. In this landmark narrative, former navy secretary John Lehman reveals the untold story of the naval operations that played a major role in winning the Cold War.

Everything an important book should be.
— Robert Kaplan, author of The Revenge of Geography and The Return of Marco Polo’s World

John Lehman has given us another naval classic in Oceans Ventured. . . . A must read.

At times reading like a military thriller,… Oceans Ventured offers an interesting and illuminating look back at Cold War naval history.

Essential to understanding the Navy’s role and performance during the Cold War and its contribution to the downfall of the Soviet Union.
— Richard R. Burgess - Seapower magazine