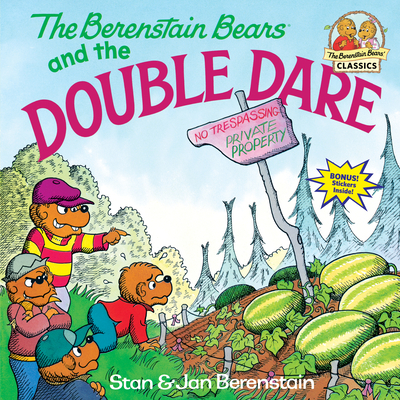 
Ships to Our Store in 1-5 Days
This classic Berenstain Bears story is a perfect way to teach children about being an individual and how to resist bad influences!

Come for a visit in Bear Country with this classic First Time Book® from Stan and Jan Berenstain. Brother Bear is feeling peer pressure from Too-Tall-Grizzly and his crew, and before you know it, Brother is accepting dangerous dares that they tell him to do. Will Brother remain a follower, or will he learn the importance of thinking for himself? Includes over 50 bonus stickers!
Stan and Jan Berenstain were already successful cartoonists for magazines and adult humor books when they began writing children's books. The first story starring the bear family, The Big Honey Hunt, appeared in 1962. Since then, more than 360 Berenstain Bears books have been published, and more than 300 million copies have been sold. What began as an idea sparked by their young sons' love of reading has become one of the best-selling children's book series ever.