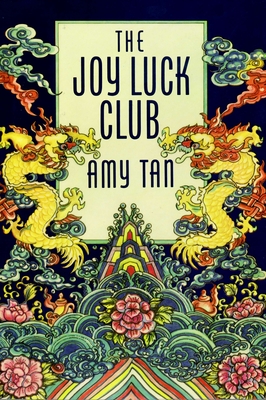 
Ships to Our Store in 1-5 Days
Master storyteller Amy Tan examines the sometimes painful, often tender, and always deep connection between mothers and daughters in this New York Times bestseller.

“The Joy Luck Club is one of my favorite books. From the moment I first started reading it, I knew it was going to be incredible. For me, it was one of those once-in-a-lifetime reading experiences that you cherish forever. It inspired me as a writer and still remains hugely inspirational.”—Kevin Kwan, author of Crazy Rich Asians

In 1949 four Chinese women-drawn together by the shadow of their past-begin meeting in San Francisco to play mah jong, invest in stocks, eat dim sum, and "say" stories. They call their gathering the Joy Luck Club.

Nearly forty years later, one of the members has died, and her daughter has come to take her place, only to learn of her mother's lifelong wish—and the tragic way in which it has come true. The revelation of this secret unleashes an urgent need among the women to reach back and remember...
Amy Tan is the author of The Joy Luck Club, The Kitchen God’s Wife, The Hundred Secret Senses, and two children’s books, The Moon Lady and The Chinese Siamese Cat, which has been adapted as Sagwa, a PBS series for children. Tan was also the coproducer and co-screenwriter of the film version of The Joy Luck Club, and her essays and stories have appeared in numerous magazines and anthologies. Her work has been translated into more than 25 languages. Tan, who has a master’s degree in linguistics from San Jose University, has worked as a language specialist to programs serving children with developmental disabilities. She lives with her husband in San Francisco and New York.
Praise for The Joy Luck Club

“Powerful...full of magic...you won't be doing anything of importance until you have finished this book.”—Los Angeles Times

“Wonderful...a significant lesson in what storytelling has to do with memory and inheritance.”—San Francisco Chronicle

“Reading it really changed the way I thought about Asian-American history. Our heritage has a lot of difficult stuff in it—a lot of misogyny, a lot of fear and rage and death. It showed me a past that reached beyond borders and languages and cultures to bring together these disparate elements of who we are. I hadn’t seen our history like that before. At that time, we hadn’t seen a lot of Asian-American representations anywhere, so it was a big deal that it even existed. It made me feel validated and seen. That’s what’s so important about books like that. You feel like, Oh my god, I exist here. I exist in this landscape of literature and memoir. I’m here, and I have a story to tell, and it’s among the canon of Asian-American stories that are feminist and that are true to our being. It’s a book that has stayed with me and lived in me.”—Margaret Cho