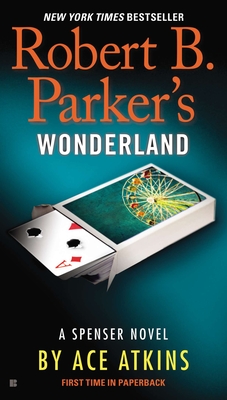 This is book number 42 in the Spenser series.

Old friends. Small favors. Bitter rivals. Stirred together, it all makes for one explosive cocktail in this New York Times bestselling thriller that has Spenser feeling the heat...

Henry Cimoli and Spenser have been friends for years, yet the old boxing trainer has never asked the private eye for a favor. Until now. A developer is trying to buy up Henry's condo on Revere Beach—with a push from local thugs. Soon Spenser and his apprentice, Zebulon Sixkill, are on the trail of a mysterious woman, a megalomaniacal Las Vegas kingpin, and a shady plan to turn a chunk of land north of Boston into a sprawling casino. As alliances shift and twisted dreams surface, the Boston political machine looks to end Spenser's investigation one way or another—and once and for all.
Robert B. Parker was the author of seventy books, including the legendary Spenser detective series, the novels featuring police chief Jesse Stone, and the acclaimed Virgil Cole–Everett Hitch westerns, as well as the Sunny Randall novels. Winner of the Mystery Writers of America Grand Master Award and long considered the undisputed dean of American crime fiction, he died in January 2010.

Ace Atkins is the New York Times bestselling author of the Quinn Colson novels, the first two of which—The Ranger and The Lost Ones—were nominated for the Edgar Award for Best Novel (he also has a third Edgar nomination for his short story, “Last Fair Deal Gone Down”). In addition, he is the author of several New York Times bestselling novels in the continuation of Robert B. Parker’s Spenser series. Before turning to fiction, he was a correspondent for the St. Petersburg Times, a crime reporter for the Tampa Tribune, and, in college, played defensive end for the undefeated Auburn University football team (for which he was featured on the cover of Sports Illustrated). He lives in Oxford, Mississippi.
Praise for Robert B. Parker's Wonderland

“Atkins crafts the talk between the characters so well. He also tells the sory in tight, short chaptersthat keep the story moving—again, so Parker-like.”—Deseret News