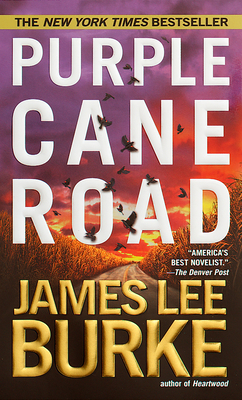 This is book number 11 in the Dave Robicheaux series.

Dave Robicheaux has spent his life confronting the age-old adage that the sins of the father pass onto the son. But what has his mother’s legacy left him? Dead to him since youth, Mae Guillory has been shuttered away in the deep recesses of Dave’s mind. He’s lived with the fact that he would never really know what happened to the woman who left him to the devices of his whiskey-driven father. But deep down, he still feels the loss of his mother and knows the infinite series of disappointments in her life could not have come to a good end.

While helping out an old friend, Dave is stunned when a pimp looks at him sideways and asks him if he is Mae Guillory’s boy, the whore a bunch of cops murdered 30 years ago. The pimp goes on to insinuate that the cops who dumped her body in the bayou were on the take and continue to thrive in the New Orleans area.

Dave’s search for his mother’s killers leads him to the darker places in his past and solving this case teaches him what it means to be his mother’s son. Purple Cane Road has the dimensions of a classic-passion, murder, and nearly heartbreaking poignancy-wrapped in a wonderfully executed plot that surprises from start to finish.
James Lee Burke is the author of nineteen books, including the bestsellers Heartwood, Sunset Limited, Cimarron Rose, Cadillac Jukebox, Burning Angel, and Dixie City Jam. He lives with his wife in Missoula, Montana, and New Iberia, Louisiana.
"America's best novelist."
-- The Denver Post

"A thoroughly absorbing mystery packed with the colorful characters and moral dilemmas that have turned Dave Robicheaux into one of the more vivid literary creations of the last 20 years."
-- Daily News (New York)

"Nobody writes about the bad old days down South like James Lee Burke."
-- The New York Times

"No other living writer has been more influential on the contemporary crime novel than James Lee Burke.... This one is his best."
-- Michael Connelly, author of Void Moon

"Splendidly atmospheric ... with dialogue so sharp you can shave with it."
-- People