Who Was Jesus? (Who Was?) (Paperback) 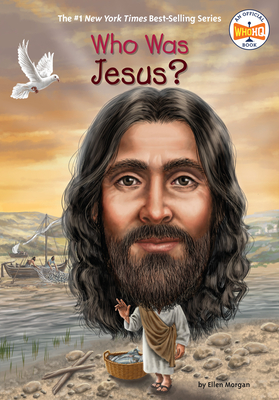 Who Was Jesus? (Who Was?) (Paperback)


Available at One of Our Locations
This fascinating addition to the best-selling Who Was...? series does not settle questions of theology. Instead, it presents young readers with a biography that covers what is known historically about Jesus and places in his life in the context of his world when Jerusalem was part of the Roman Empire. In an even-handed and easy-to-read narrative, this title—illustrated with eighty black-and-white drawings—also explains the early origins of Christianity and how it became a major religion.
Ellen Morgan spent her childhood going to church, to Sunday school, and to church camp, where she was fascinated by Bible stories from Genesis to Revelation. She has written several books for children under a different name and currently lives in New York.