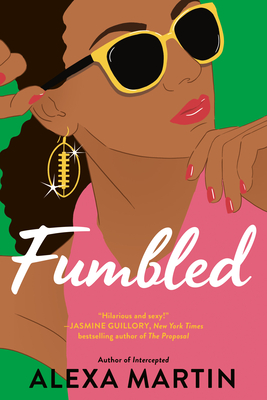 This is book number 2 in the Playbook, The series.

A second chance doesn't guarantee a touchdown in this new contemporary romance from the author of Intercepted.

Single-mother Poppy Patterson moved across the country when she was sixteen and pregnant to find a new normal. After years of hard work, she's built a life she loves. It may include a job at a nightclub, weekend soccer games, and more stretch marks than she anticipated, but it's all hers, and nobody can take that away. Well, except for one person.

T.K. Moore, the starting wide receiver for the Denver Mustangs, dreamt his entire life about being in the NFL. His world is football, parties, and women. Maybe at one point he thought his future would play out with his high school sweetheart by his side, but Poppy is long gone and he's moved on.

When Poppy and TK cross paths in the most unlikely of places, emotions they've suppressed for years come rushing back. But with all the secrets they never told each other lying between them, they'll need more than a dating playbook to help them navigate their relationship.
Alexa Martin is a writer and stay at home mom. She lives in Colorado with her husband, a former NFL player who now coaches at the high school where they met, their four children, and a German Shepherd. When she's not telling her kids to put their shoes on...again, you can find her catching up with her latest book boyfriend or on Pinterest pinning meals she'll probably never make. Her first book, Intercepted, was inspired by the eight years she spent as an NFL wife.
Praise for Fumbled and Alexa Martin:

"I wish I could jump into the Fumbled world and hang out on the couch and drink wine and gossip with Poppy and her friends!"—Jasmine Guillory, New York Times bestselling author

"Get ready for sparks to fly..."—PopSugar

"Sports romances often use the sport as a fun setting to give the hero wealth and a perfect body, but Fumbled takes things a step further. Martin takes a hot-button contemporary issue and tackles it with emotion and verve, making it the perfect obstacle in the relationship — the resolution of which only makes the happily-ever-after expertly bittersweet and all the more earned."—Entertainment Weekly

“An emotional journey with an intoxicating romance.”—NPR

"Martin expertly captures the struggle between the need for a quiet, ordinary life and the demands of an all-star career path that invites gossip, grudges, and jealousy. In this delicious follow-up to Intercepted (2016), Martin once again draws on her own experience as an NFL wife to create a winning sports romance."—Booklist (starred review)

"Readers will laugh, swoon, and grow to love every character in this entertaining contemporary romance."—Publishers Weekly

“A hardworking single mom comes face to face with the gorgeous star athlete who got away in the second installment of a football romance series by a fresh-voiced newcomer to the genre… Poppy leaps off the page as a contemporary biracial woman navigating dating, motherhood, and career with seriousness and a fantastic sense of humor.”—Kirkus Reviews