The Story of White Hall Centre: Outdoor Education across the Decades (Hardcover) 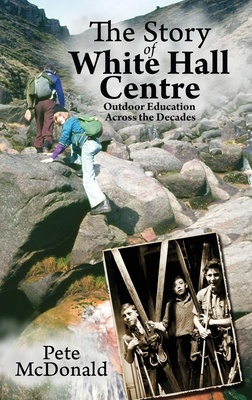 The Story of White Hall Centre: Outdoor Education across the Decades (Hardcover)

The Story of White Hall Centre

Written references to the setting-up of White Hall show that one of the main purposes of the centre, at a local level, was straightforward and was openly and repeatedly stated: to introduce young people of Derbyshire to what Peter Mosedale, the centre's first warden, called the 'hill and water sports'. The written sources also reveal a more ambitious intention, in the mind of Jack Longland, which was to demonstrate and promote a widening of physical education nationally. They show that he frequently spoke of the need to extend physical education beyond the playing fields and that he set out deliberately to do exactly that.

Longland pursued his vision boldly in the face of local and national criticism. Taking school pupils on adventurous outdoor pursuits was not a new idea, but the scale of the Derbyshire development - a residential centre running all year round and open to young people from across the county - was unprecedented.

By 1970, Longland had observed 'an astonishing drift of the whole range of subjects which we call physical education towards outdoor pursuits, towards mountains and moors and rivers, lakes and the sea'. In successfully achieving Longland's local aims and in significantly influencing national developments, White Hall Centre helped to widen the meaning of education, and particularly of physical education.