The Rubáiyát of Omar Khayyám: First and Fifth Editions (Paperback) 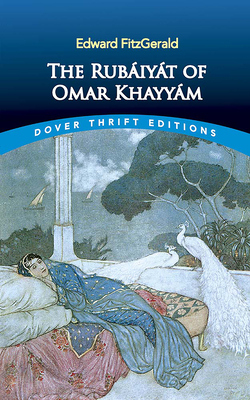 The Rubáiyát of Omar Khayyám: First and Fifth Editions (Paperback)

Omar Khayy m (1048-1122) was a Persian mathematician, astronomer, and a philosopher who was not known as a poet in his lifetime. Later, a body of quatrains became attached to his name, although not all were his works. These verses lay in obscurity until 1859, when Edward FitzGerald (1809-1883), an English country gentleman, published a free adaptation of this Persian poetry. After its discovery by D. G. Rossetti and others, the verse became extremely popular. Essentially a hedonist and a skeptic, Omar Khayy m, through FitzGerald, spoke with both an earthy and spiritual freedom that stirred a universal response. As a result, the Rub iy t became one of the best-known and most often quoted English classics. The fifth edition, published posthumously in 1889, was based on FitzGerald's handwritten changes in a copy of the fourth edition, and is traditionally printed with the first edition.