Civil Disobedience, and Other Essays (Paperback) 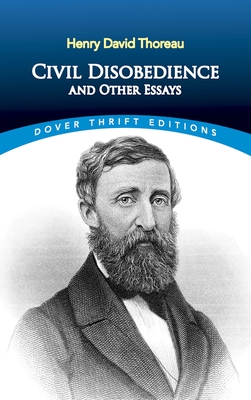 Civil Disobedience, and Other Essays (Paperback)


Currently Unavailable
Philosopher, naturalist, poet and rugged individualist, Henry David Thoreau (1817-1862) has inspired generations of readers to think for themselves, to follow the dictates of their own conscience and to make an art of their lives. This representative sampling of his thought includes five of his most frequently cited and read essays: Civil Disobedience, his most powerful and influential political essay, exalts the law of conscience over civil law. Life without Principle distills the essence of Thoreau's philosophy of self-reliance and individualism. Slavery in Massachusetts is a searing attack on government condonation of slavery. A Plea for Captain John Brown is an eloquent defense of the radical abolitionist, while Walking celebrates the joys of that activity and pleads for conservation of the earth's wild places. The latter essay is recognized as one of the pioneer documents in the conservation and national park movement in America.
Essayist, poet, and philosopher, Henry David Thoreau (1817-62) ranks among America's foremost nature writers. The Concord, Massachusetts native spent most of his life observing the natural world of New England, and his thoughts on leading a simple, independent life are captured in his best-known work, Walden.