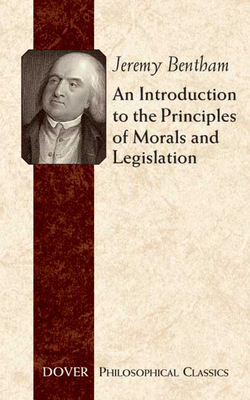 
Ships to Our Store in 1-5 Days
(This book cannot be returned)
First published in 1789, Jeremy Bentham's best-known work remains a classic of modern philosophy and jurisprudence. Its definitions of the foundations of utilitarian philosophy and its groundbreaking studies of crime and punishment retain their relevance to modern issues of moral and political philosophy, economics, and legal theory.
Based on the assumption that individuals seek pleasure and avoid pain, Bentham's utilitarian perspective forms a guide to moral decision-making. With the "greatest happiness of the greatest number" as his objective, the author attempts to identify the sources and varieties of pleasure and pain as well as the ways in which they can be measured in assessing moral options. Considerations of intentionality, consciousness, motives, and dispositions support Bentham's arguments. The text concludes with his survey of purpose and the role of law and jurisprudence, a fascinating exercise in the theory of social reform that explores conflicts between the interests of the majority and individual freedom.