The Wild World of Barney Bubbles: Graphic Design and the Art of Music (Paperback) 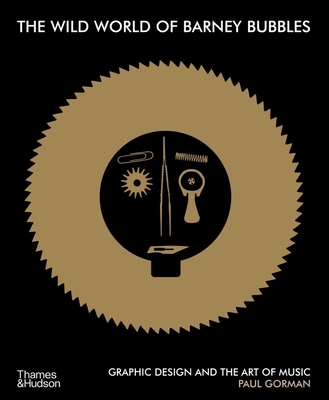 The Wild World of Barney Bubbles: Graphic Design and the Art of Music (Paperback)

A celebration of a graphic design genius, published to mark what would have been his 80th birthday.

The Wild World of Barney Bubbles celebrates the graphic design genius whose work linked the underground optimism of the 60s to the sardonic and manipulative art that accompanied the explosion of punk. Barney Bubbles remains a powerful influence on contemporary artists four decades after his death, having encompassed designs for Sir Terence Conran and underground magazines Oz and Friends as well as remarkable record sleeves and posters for Billy Bragg, Elvis Costello, Depeche Mode, Ian Dury, Hawkwind, The Damned and Nick Lowe. He also collaborated with artists and photographers, including Derek Boshier and Brian Griffin, and produced paintings, furniture, set designs and promo videos, not least the era-defining clip for The Specials’ 80’s hit, "Ghost Town."

Paul Gorman is an author and commentator on visual culture. He has written a number of books including The Wild World of Barney Bubbles: Graphic Design and the Art of Music, The Story of the Face: The Magazine that Changed Culture, and Derek Boshier: Rethink / Re-entry.
From ambitious album artwork to the tiniest button, from newspaper ads to logos and posters, magazine spreads, portraits, preparatory sketches and so much more, Bubbles’ entire oeuvre is spread across 240 pages, with Gorman’s detailed text offering the kind of in-depth background that books such as this often lack... Probably the greatest testament to Bubbles’ art... Barney Bubbles’s very name on a jacket guaranteed that you’d probably enjoy the music.
— Goldmine